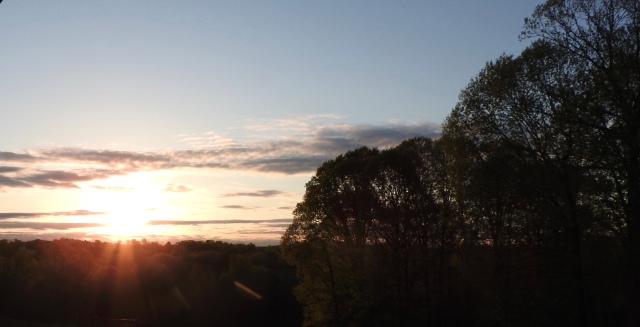 I remember learning to drive. (I’ve had a few flashbacks over the years as I’ve taught my kids to drive, and that sure gave me more sympathy for the slaps to the dash that I remember as my mom was teaching me.) We’ve experienced anything from driving too close to the center line, to heavy feet (am thinking it might be hereditary, 😉  ), to being tentative in changing lanes. I mean all of the above take practice. Some things are easier for others, but there was one thing that was tough for me as a beginning driver.

I can remember a particular curve on Muncaster Mill in Rockville, Maryland. The turn was so sharp that it made me feel like it would never end.  I can remember being tentative going around this curve and my dad telling me to stay close to the curb…to hug the curb, so to speak. Once I did (what was totally not intuitive for me), it was so much easier to take the turn with confidence. That was important, because I’d be rounding that curve multiple times a day most days once I got my license. 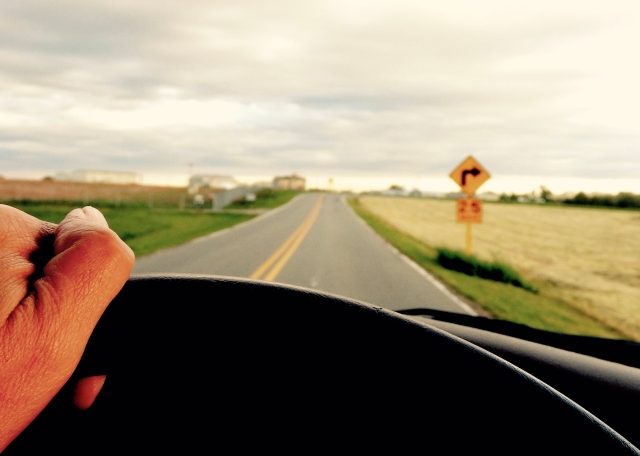 Learning to lean in to the curb was reinforcing a scientific principle. Yes, during these driving sessions, I was learning more of the good old scientific principle of centrifugal force. When we’re moving in a curve, there are forces that push us away from the center… but the more we shy away from leaning in to the curve, the more difficult it is to navigate, which opens up the possibility of going over the center line and getting in a wreck.

Well, in life, sometimes we need to lean on in to the very things that we would shy away from. I can’t say I’ve learned this, because I keep having to relearn it again and again and again. You can be traveling along,  blue horizon, straight path, and out of nowhere can come a diversion that you  had no idea was coming. Life is full of curves in the road where we need to readjust. If you’re like me, sometimes you avoid moving toward the tough thing and try to stay on the periphery rather than leaning on into and facing what’s difficult. But that has a way of making things worse and more difficult to navigate.

But here’s the thing, it seems that there’s safety in the leaning in…in the acknowledgement of what needs to be addressed, in the having eyes wide open, rather than eyes half shut. Truth sets free. Not a little teeny tiny slice of truth, but truth and laying bare. With centrifugal force, there are opposing forces that will try to keep from centering in and staying close. There are forces that encourage all of us to avoid things that maybe we should lean into as well.

In this day and age, it’s so very easy to avoid. I can hold up a phone or turn to a computer anytime I want a diversion. I can entertain or numb my mind with constant stuff on the internet. It’s incredibly easy to get diverted from that which  needs addressing in my life so often. I can make excuses…. Say  I don’t have time, say that there are items more pressing. Avoiding issues is different than having think time or process time. I’m all for those, but so often in my life, I’ve found that some of the issues that are avoided in the name of ‘keeping the peace’ seem to grow and grow with time when not addressed.

There’s a big difference between keeping the peace and careful avoidance. But solutions and freedom don’t come in avoidance. Yes, timing is so very important. I mean, take the curve for instance, you don’t want to turn too abruptly and take a right angle turn. No, of course not. We’ve gotta adjust to what we see and take one bit of the curve at a time. Same thing with addressing issues. Maybe leaning in to some of the issues that need to be addressed in my life is just being aware of the ‘curve’, and not being afraid to lean into it and see it for what it is.

I’ve been so aware that time is so fleeting lately. My youngest son just graduated from high school, my oldest isn’t too far from 30, and the lines of gray and smile lines on my face are becoming more and more apparent. I guess I’m writing this because if I’m honest with myself, I can see that there are curves I so need to lean into in my own life in order to be freed up to make my days count. To not be afraid of them, but see them for what they are and address them so I can move on. Oh, how I used to dread that curve on Muncaster Mill Road until my Dad told me to lean in to the curb. Am thinking there’s such value of that in my own life…to lean in to what I’d like to avoid and not put off what needs to be dealt with so I can move on to the next thing. 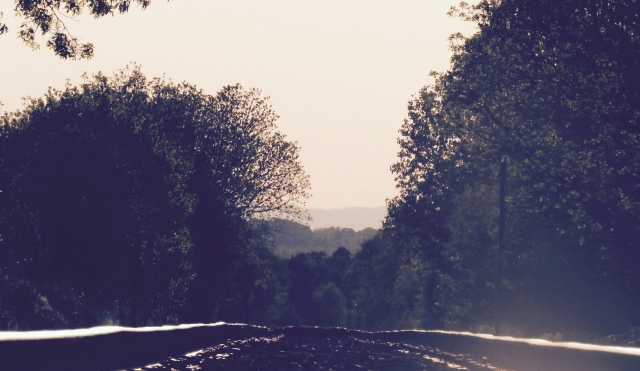 One more thought. I love the verse that says that we are to come boldly to the throne of God with confidence. CONFIDENCE. Seems to me there could be a myriad of things that contribute to the forces which keep us from that center.  Misconceptions, Anger, hurt, financial struggles, health issues, grief, Faith or lack of, Piety, Relational issues, Shame, feeling totally misunderstood or judged, …there are a million things that can keep us from drawing near to the throne of Grace. Like centrifugal force, these things can so keep us pushed back from that to which we are called to draw near .

I love the verse that says, “Let us therefore come boldly to the throne of grace, that we may obtain mercy and find grace to help in time of need.” Hebrews 4:16  It’s like we’re called to run to the Father in the same way that the prodigal son ran home. Run to the Father and leave all the trash behind.  RUN with CONFIDENCE… run like the wind TO Him, not be pulled or pushed away by the forces that would keep us from He who knows us by name. 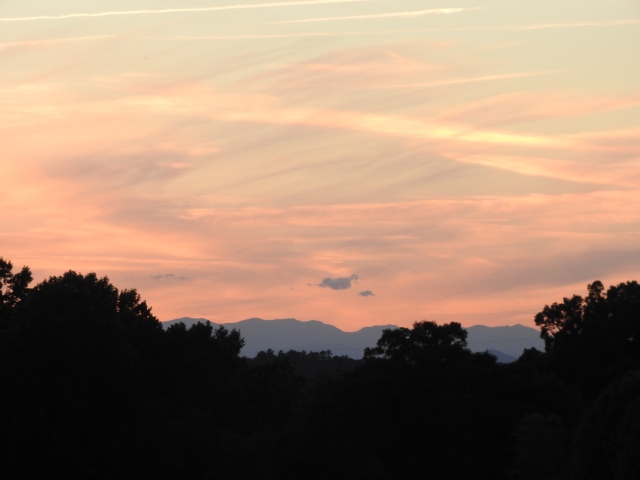 We have a lot of amazing stories to draw from…Daniel in the Lion’s Den, David and Goliath, Miriam and Moses,…. countless stories from everyday folks like you and me  through the ages.  I could tell you a whole lot of stories from my life as well about how God totally shows up in amazing ways as I draw near to Him (and even when I don’t).  Anyway,  I found the need to remind myself of this today…to lean in  to Him and not be afraid, to be confident in His love and calling in my life, to trust Him with my loved ones. He is good, and we can be confident in facing the ‘giants’ in our lives or ‘curves’ in our paths as we trust and lean in to Him. That’s what I’m reminding myself to do. One curve at a time.

I love this song. Wish it were longer because I’ve hit replay twenty times. Anyway, hope you enjoy and …’draw near with confidence ‘<3

“If we try to evade sorrow, refusing to deal with it, we are foolish.”

2 responses to Leaning in