So, when the word “spent” is used as an adjective instead of a verb, well, it doesn’t have the best connotation. It alludes to being used, depleted, …spent.  When we say that someone is ‘spent’, well, we’re saying that they’ve given and people have taken and they are depleted, done, spent.  And yes, that tends to have a negative connotation.

But recently, I’ve been looking at that concept from another angle. Maybe being spent is not such a bad thing. Maybe, just maybe, we are meant to be spent. Meant to be spent? Yes.  Not in a self-made-martyr kind of way that draws attention to self and exhausts to the point of being use-less, but in a ‘leave-it-all-on-the-field’ kind of way that empties one self out, letting in no regrets.

So often I have more regret over what I have not done rather than what I had. I regret the half-hearted attempts that breed half-hearted results. I regret the phone calls not made, the letters not written, the songs not shared.  (Oh, and I know a certain someone who presently has almost 400 un-finished, un-shared blog drafts…yikes.) I regret the good-intentioned, never completed things that go by the wayside. I regret the wasted use-less time that often empties me rather than fills me. I regret the things I supposedly have “learned”, even spoken, but have not yet truly applied. I regret the not taking time to look in the eye and ask the questions and say the words and get in there in real and tangible ways.

It is only when a flower sheds its beauty in full bloom, full array, the last hurrah before the petals fade, that the seeds are formed. A flower in reserve is a flower with no blooms, because once the unfolding comes, the petals will fall off. Yes flowers that save, conserve, reserve, would merely be un-bloomed buds. But as we hopefully learned in elementary school science, flowers produce seeds. So blooms not only color our world in the now, they hopefully reproduce…and multiply the beauty shared.

And the beauty shared?  I loved that it comes in  all colors, sizes, and shapes that make for a beautiful bouquet. When one stops to see, to really see, they can’t help but behold the beauty. Yep, we all have different ways to be spent for our world… And I’m thinking it’s not a bad thing. Not a bad thing at all. 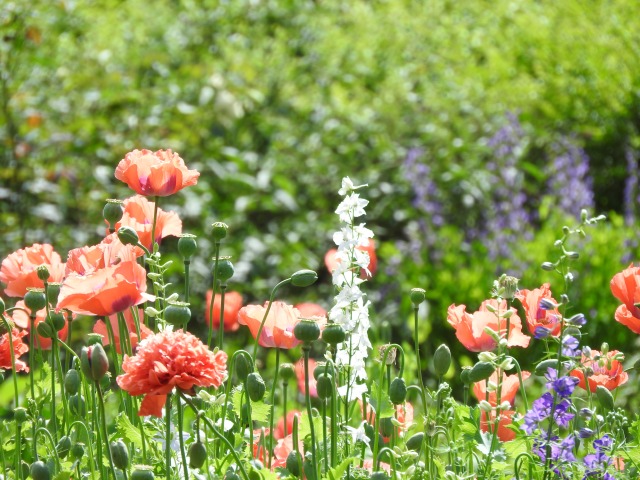 So here’s to being spent. Yep, spent in a no-regrets-kind-of-way that makes our pillows soft and our sleep sweet knowing that we did what we could …that day. And here’s to knowing that even when mistakes are made, that they are to be learned from. I love that flowers are seasonal…and perennials get a chance to bloom and re-bloom over again…to be ‘spent’ over and over again.   To be shared over and over again.

Jesus knew a thing or two about being spent. Not on futile things that are so temporal. But on being spent for life-changing, mind-blowing eternal things.  Am thinking Christ-followers should too.  A few thoughts (and reminders to myself) on being spent from a garden of blooms somewhere in the middle of North Carolina.

“This is our time on the history line of God. This is it. What will we do with the one deep exhale of God on this earth? For we are but a vapor and we have to make it count. We’re on. Direct us, Lord, and get us on our feet.” –Beth Moore

“Be faithful in small things because it is in them that your strength lies.” –Mother Teresa